THE FOUR HORSEMEN OF THE APOCALYPSE 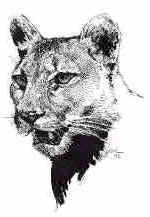 The Book of Revelation Chapter 6 describes the Four Horsemen of the Apocalypse. Each plays an integral role to the overall message you’ve learned about here:
When the first seal broke, “ . . .out came thunder, and I looked, and I saw there before me was a white horse, and its rider held a bow, and he was given a crown, and he rode out as a conqueror bent on conquest.”

Thunder is the sound of the detonating bombs on the “Day of the Lord.” The rider on the white horse represents our enemies coming to conquer us. There is forming an alliance of enemy nations who intend to challenge the United States for world domination. While claiming that we violated international law when we attacked Iraq based on faulty intelligence, they’re saying our days are over. We must be brought to justice. It may very well be an attempt to enforce international law and authorized by the United Nations. I suspect that ever since the remark was made about “shock and awe” they have been planning to teach us just what real “SHOCK AND AWE” are.

These four horses bring the same four judgments described in Ezekiel–the sword, famine, plague and wild beasts. They come in sequence one after the other. This is a major piece of information now given to us. We are told that these four horses are given power to kill by the same four judgments listed in Ezekiel 14:21, being the sword, famine, plague, and wild beasts. But their power to kill is limited to only a certain portion of the earth. You will be informed about the explanation of that later.

Ecclesiastes 7:27 speaks of “adding one thing to another to discover the scheme of things.” It is as simple as putting pieces of an amazing end-time puzzle together by adding one verse to another. Once a puzzle nears completion, the remaining last pieces are easy to fill in.

BEWARE OF MOUNTAIN LIONS AND BEARS

After reading Ezekiel Chapter 5 and Chapter 7, which say that all who survive and escape will flee to the mountains, and that the wild beasts there will bereave them of their children, I thought it doesn’t seem like it could be describing our modern civilized country. With lingering doubts in my mind about who these scriptures are foretelling of, I put my Bible away and turned on the television.

A program on the television was about a game warden who was in an elementary school classroom telling the children that the mountain lion population has exploded and that
they are potential prey for mountain lions since they’re smaller than adults. “A mountain lion is less likely to take down a six-foot-tall man than a child,” the game warden said. The children were instructed to not run if they encounter a mountain lion, but to stand and face it with both arms raised to appear larger. To run would trigger the predator instinct causing the mountain lion to pursue.

Those who flee to the mountains will be entering the domain of the mountain lion. As far as the mountain lions are concerned dinner is now served. After seeing this program, I knew
the Lord confirmed to me that He has everything ready and in place for His word to be fulfilled. Since that program I have seen numerous front page newspaper stories about record number
of bear encounters including a boy who was dragged away in the middle of the dark night and his remains were found the following day. This is just the beginning of a very real problem we
will face in this coming time of the end. One way to be prepared is to pack a large caliber pistol with plenty of ammo.

The scriptures also designate specific types of events in various geographic locations. A third of the people will perish in the cities by famine and plague, “but the plague is not contagious because they aren’t perishing in the countryside from it.” The famine is more severe in the city because the population is concentrated and the supplies are cut off.

SWORD IN THE COUNTRYSIDE

By paying careful attention to Ezekiel Chapter 7, we can see that the four judgments are not all in the same place. In the country, there are fewer people and more food. Apparently the people in the country aren’t dying from famine or plague. In the country
there are farms with livestock and grain silos, more food and less people. The plague being radiation sickness and not contagious is not a problem in the country because the city is too far away for the radiation to be a deadly problem, but they will be at risk
of perishing by the sword.

In fact, Isaiah 33 specifically says that highways will be desolate–no travelers on the road. The United States has the greatest interstate highway system in the world. Our lavish lifestyle is sustained by the big trucks that keep all kinds of supplies distributed. If fact one day a truck in front of me had a bumper sticker on it that said “If This Truck Stops America Stops.” Even the truckers know they are responsible for keeping us going. This explains Isaiah 3:1 [The Lord will cut off all support and all supplies of food and water].

Isaiah Chapter 2 sets the timing of the context in the last days, and mentions the day of the Lord. Their land is full of silver and gold, ” no end to their treasures,” and they bow down to the idols cleverly made by their hands. Our society is consumed with materialism. These scriptures are clearly applicable in describing today’s society.

Therefore men shall flee ” to the caves and the rocks” and holes in the ground [Isaiah 2:19] — which is excellent strategy for seeking shelter from radiation. Like a man suffering blistering heat in a barren desert seeks shade from a tree, those seeking relief from radiation exposure will hunt for underground shelter.

DISASTER FROM THE NORTH

Ezekiel 1:4: “I looked and behold a whirlwind coming out of the north.” (Nuclear blast emits 400-mile-per-hour winds, nearly three times more powerful than 150-mile-per-hour Category 5 hurricanes) and an immense cloud of fire enfolding itself, surrounded by brilliant light.”

When I decided to read the Book of Jeremiah, I began to recognize a connection between Ezekiel and Jeremiah Chapter 1, where the Lord tells him disaster will be poured out from the north and that the Lord will summon the kingdoms of the north.

I remembered Ezekiel’s description of a mushroom cloud, and he said he saw it coming from out of the north. And I’m convinced that it’s the disaster–the unique and unheard of disaster–described in Ezekiel 7 that has never been done before, and will never be done
again, according to Ezekiel 5:9.

So, as I read Jeremiah he continues talking about this great destruction from the north, and the scorching wind, and the alarm of war, the whole land is devastated. And then it says, ” An army’s coming from the land of the north.” North becomes one of the repeated identifiable characteristics of this one-of-a-kind event in our immediate and imminent future.

Because from Jeremiah 1:14, we learn that the Lord said that from the north, disaster will be poured out on all who live in the land.; once again we learn of an attack from the north, in a manner never done before, and which ” will never be done again.” Without question Jeremiah talks of the same disaster from the north that Ezekiel describes. Yet we can take comfort in the promise that “they will fight against you, but not overwhelm you–for I will rescue
you, declares the Lord.”

Jeremiah says all this will happen because we have forsaken the Lord. In our American society today, this rings true as the courts allow schools and governments to throw out or destroy any mention of the Ten Commandments. Worsening matters, authorities also have forsaken the word of God by prohibiting school prayer. Such deliberate policies have lead to disasters such as the shootings of many high school students in Columbine, Colorado.

In Jeremiah 2:34, we learn of the ” lifeblood of innocent poor upon your clothes,” a verse often quoted at abortion rallies where people fight for rights of unborn children. Jeremiah also states
that ” disaster will follow disaster,” as the whole land lay in ruins–where people committed adultery, and they thronged in houses of prostitution, well-fed lusty stallions neighing for another
man’s wife. Jeremiah asks, “Should they not be punished for this?” but adds “…do not destroy them completely.”

The United States of America is guilty of every single indictment that you can possibly find in the most thorough search of Holy Scriptures. I challenge anyone to find a single exception. Like a defense attorney tries to find a technicality or a loophole to get his client off, I tried, but there are no such verses.