End of This Age

End of This Age 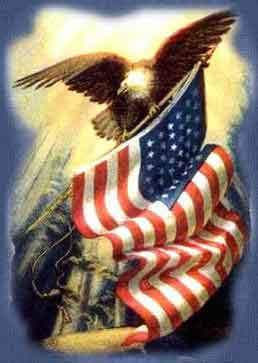 The peace had been maintained by what was called “mutually assured destruction.” Successfully putting into place a missile defense system would upset Russia’s balance of power. We could still potentially destroy them, but they could not do anything about it.

President Bush tried to persuade Russian leader Mr. Putin to mutually consent to abandon the treaty. But President Putin responded by saying, “The treaty is the hinge pin on which world
peace and stability revolves, and it should remain in effect as it is.” President Bush explained to Mr. Putin that with or with out his consent, the United States was not going to continue to be
subject to the ABM Treaty.

President Bush then gave the six months written notification to Russia that the United States was going to withdraw from the treaty as was required in that agreement. In an interview Mr. Putin was
told that the notification to withdraw had been given, and they asked for his response. All he said was:

The notification to withdraw from the treaty was given in mid-December of 2001, meaning that the actual point in time that the treaty would become null and void would be June 15, 2002.

That’s the time of the year when “summer is near.” It fits the time frame given in Matthew 24:32, for the coming attack known as the day of the Lord. I thought, “Well, we broke the treaty with Russia. They can justify attacking us. After all, they wanted to keep the treaty, but we broke it.”

Again I am overwhelmingly convinced that the Lord is showing me all these signs and confirming to me what is going to happen near the middle of the year to come. I feel the pressure of knowing what is going to happen and feel responsible to try to warn everyone about it, and that I will be held accountable if I don’t warn them.

THE TREATY IS BROKEN

As I continued studying scriptures, I had read Chapter 33 of Isaiah several times in various translations without noticing one particular statement that it made. But the talk on the news about the ABM Treaty suddenly made a powerfully appropriate verse–that I had failed to previously notice–jump out at me.

Isaiah 33 says, “The treaty is broken, the cities are despised, no one is respected. The land mourns and wastes away…. People are burned to lime.”

Again, I had no difficulty relating these scriptures to nuclear devastation, and the treaty that it says is broken, I instantly knew to be none other than the ABM Treaty.

On Christmas morning of 2001, I opened a present from my sixteen-year-old daughter, and it was a book about President Ronald Reagan.

It contained historic information that gave me clear insight about Russia. When I picked up the book, it opened right to the page where it tells about how Russian leader Mikhail Gorbachev was upset about Reagan’s plan to pursue the Star Wars missile defense system.

Gorbachev said, “How do I know once you put your missile defense system in place that you won’t use it as a shield, from which to launch a pre-emptive strike?”

President Reagan tried to convince him that the United States was a peaceful nation. But Gorbachev said, “You say your intentions are peaceful. But I can’t gamble the security of the Soviet people on your say-so. I cannot let you build it.”  They left that meeting with
unresolved conflict. Reagan never got it built, and the following administrations of Bush and Clinton made little progress on it.

It has now become a top priority since 9/11, and Russian leader Putin must view our new missile Defense system just like Gorbachev did.

He may not be saying it; but just like Gorbachev said, he cannot let us build it. Russia is not our friend, and they do not trust us any more today than they did back then.  We have enjoyed world peace based on mutually assured destruction. It is called a Mexican

standoff–a cocked and loaded gun held to each other’s head, a no win situation. But our building the new missile defense system is like taking the firing pin out of their gun. As we near it’s completion their window of opportunity to stop us is closing. If they are ever going
to try to stop us, it has to be soon.

I would not know how to find nor have I tried to seek out this type of information. But when it is suddenly in front of me I have no doubt but the Lord is equipping me with insight and understanding. I continued to stress the warning about what I saw coming to all those I came in contact with.

Click Here To Continue to Next Chapter
Return to Home Page