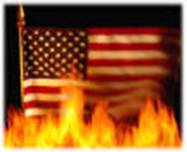 New Year’s Day approached at the end of 2003, for a brief period topU.S.officials raised the terror alert to the high orange level. Authorities explained that government intelligence had reported a high incidence of chatter on the Internet by terrorists about an attack on multiple cities that will “Make 911 pale by comparison.” I instantly figured that it is the “Day of the Lord” they are planning. Our government continued to make every effort to protect us. They had helicopters continuously circling several major cities, but no attack has taken place yet. But you can bet that it is still in the making, because of the determination of these enemies, they are not going to go away.

Because more terrorist attacks are anticipated by our government, it has a toll free, 24-hour number for citizens to get advice just dial: “1-800-BE-READY.”

Keep in mind that specific situations and spur-of-the-moment survival strategies will vary,  depending on your location and the wind direction. Even so, as in the time-tested Boy Scout motto, in all cases at least one constant remains, “Be Prepared.”

We must prepare to take every reasonable precaution. Among them:

Be encouraged for this coming punishment is coming upon the wicked, Isaiah 3:10 says to tell the righteous that it will be well with them; for they will enjoy the fruit of their deeds. But
the noble man makes noble plans and by noble deeds he will stand. (Isaiah 32:8) Yet you can survive by planning for the attack.

THE BIBLE WARNS OF RADIATION SICKNESS

The Bible clearly warns that those who fail to heed these warnings face severe or deadly radiation sickness. In Deuteronomy 28:24, we learn that the consequences of their disobedience will turn the rain of the land into dust and powder coming down from the sky until you are destroyed.

In the preceding verses we’re told that the Lord will strike them with a “wasting disease, fever, inflammation, scorching” along with heat, blight, drought, and tumors from which victims cannot be cured. Such symptoms will include scabs, sores, and itching from which they
cannot be cured. This is only part of the consequences of their disobedience.

We know from science and previous nuclear disasters that people suffering excessive radiation exposure suffer nausea, lose weight, and can’t hold down food. The inability to absorb nutrition lowers the body’s resistance to infection. A personal supply of antibiotics may save your life in this coming time when the availability may be scarce.

THE PEOPLE PERISH FOR LACK OF KNOWLEDGE

People today need to know the complexity of radiation exposure. Numerous scientific articles, including one posted on the Internet, note that most people don’t know how fast fallout decays. This decrease in danger happens in a relatively short period. For instance, in a thirty-mile by thirty-mile area directly downwind from a missile field that gets dozens of hits, 100% of people die within six minutes of exposure in areas reaching 10,000 rads per hour.

The level of rads in that same area decreases to 1,000 in that same zone within seven hours. Still 100 percent of people die within just one hour of exposure at that level.

Also, the danger would be far less downwind in a ninety- from a single one-megaton ground burst. Radiation doesn’t show up in those areas till seven hours after the blast, arriving at a ate of just fifty rads per hour—when fifty percent of people die after eighteen hours of continuous exposure.

This decreases to just 0.05 rads of exposure in fourteen weeks, when people can stay in those zones without serious health problems.

Knowing this, survivors should strive to keep exposure to minimal periods of time. For instance, if you’re downstairs hiding in a basement, beginning fourteen weeks after the attack, you could go upstairs to briefly retrieve things.

Everything depends on how far you are from the blast zone, coupled with the speed and direction and of wind currents, and the amount of radiation emitted per hour in that region. I wholeheartedly recommend the following instructions from God’s word.

“Seek the Lord, and seek righteousness and humility; perhaps you will be sheltered on the day of the Lord’s anger. Zephaniah 2:3

Click Here to Continue to Next Chapter
Return to Home Page
This urgent, Biblically generated information is vital to you, your family and everyone you know